How St. Petersburg was built. Part 2-New capital of Russia

The population in St. Petersburg has been rapidly growing since the first years of construction. Tens of thousands of people belonging to different social strata moved spontaneously to St. Petersburg. But there were no ready-made dwellings and not even the most necessary building materials. Peter's decree banning stone construction in Russia except for St. Petersburg was issued only in 1714. Construction was carried out from everything that was at hand. Logs, boards, clay, brushwood, and turf, everything was going in. In order to prevent the spontaneous construction of the city, the state took over the management of the work on draining the soil, laying streets and embankments, determining the priority in the development of the city center; also, developers were offered samples of houses that they were required to build not in the depth of the site, but along the "red line" of streets.

There were numerous decrees of Peter on the transition to regular construction, on the preservation of old plantings and planting new ones, on the construction of embankments ( further strengthening them and facing with granite), on paving streets at night and lighting streets for work. In General, the Peter's era is a turning point in Russian urban planning.

Houses for different classes of the population were very different from each other in size, layout, number of floors, as well as the richness of architectural design.

On the banks of the Neva river and its main channels, the government was obliged to build only stone buildings. In this regard, a large number of monumental stone buildings were built on the embankment from the Summer garden to the Admiralty. Houses of nobles were also built up the Neva river from the Summer garden. Many buildings have been preserved and give an idea of the architecture of Peter's time. 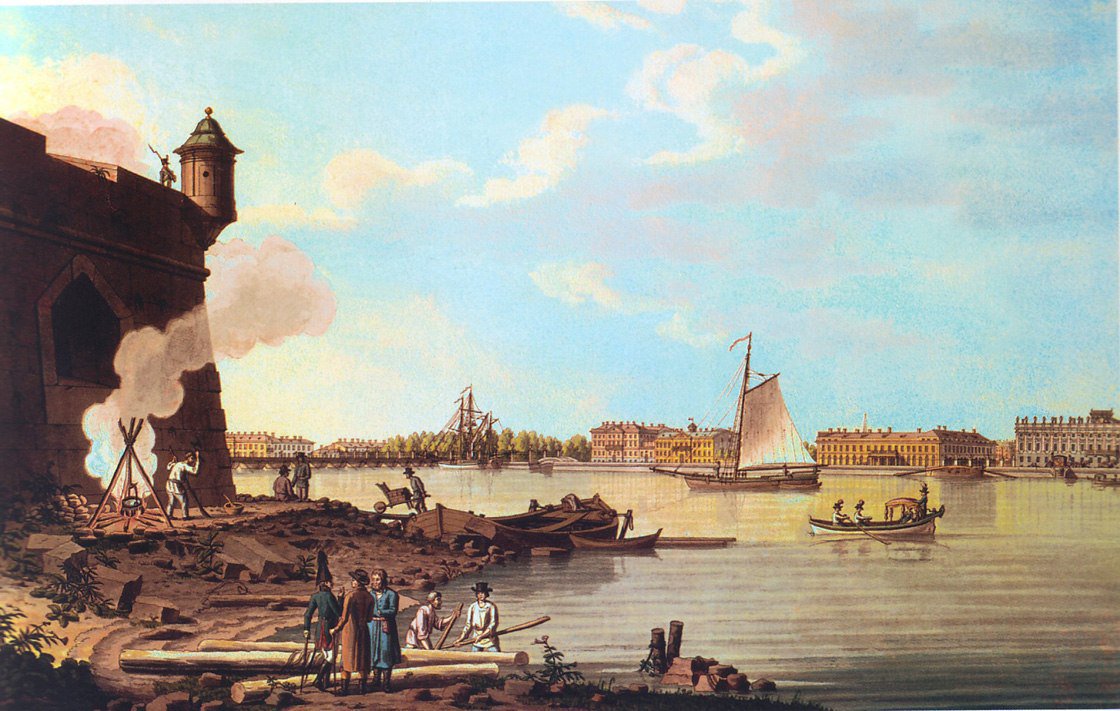 Earthen ramparts and bastions of the Peter and Paul fortress also began to be replaced with brick. The main Peter's gate in 1708 was designed by D. Trezini from wood, and in 1718 was rebuilt according to his project from stone. This gate has been preserved to our time. 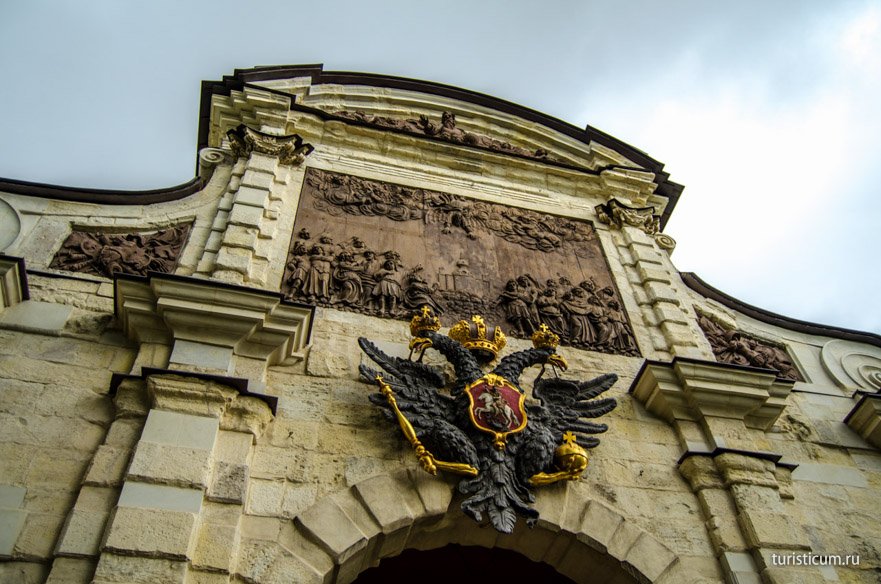 In 1718, the construction of the stone Church of St. Isaac of Dalmatia ( in the future St. Isaac's Cathedral) began near the Neva river on Senatskaya square, instead of the wooden Church that originally existed here. In 1716, the multi-beam composition of the street layout, oriented to the Admiralty tower, began to take shape. These were Millionnaya street (Halturina), Nevsky Prospekt, Gorokhovaya street, and two other streets that only reached the Moika river, as well as Voznesensky Avenue, which initially only reached Fontanka and later Admiralty.

On Millionnaya street, which ran along the Bolshaya Neva, there was the first Winter Palace of Peter I, built in 1711 and expanded in 1725. Construction along Millionnaya street and the Neva embankment stretched to Tsaritsyn meadow (now the field of Mars) and ended with a two-story mazankov building of the Post yard, where people entering St. Petersburg could stay.

The territory between the Admiralty and Fontanka, Neva and Moika was developed and built up. Three channels were dug-the Swan channel, the Red channel, and the Winter channel-to connect the Moika to the Fontanka river, as well as to the Neva river.

Even during the life of Peter, a network of canals was dug that served several functions: at first they served as drainage highways that contributed to the drainage of the territory; then many of them were expanded and deepened and used as transport highways; during floods-as receivers of excess water from the Neva, thereby reducing or preventing flooding.

The Neva is a capricious and wayward river, and Peter I understood this well. By order of Peter in 1715, regular studies of water level fluctuations in the river were started. The first water measuring post - footstock-was installed at the Peter and Paul fortress. This is a special metal ruler with inch divisions. Later, similar posts were established in a number of other places on the Neva river.

You can see all this for yourself by visiting St. Petersburg. A friendly welcome and comfort of living will provide you with inexpensive and cozy apartments for rent in St. Petersburg in the center, as well as in any other area of the city.