On the University embankment between the Academy of Arts and Menshikov Palace on Rumyantsev square is a small but very romantic and remarkable for its history Rumyantsev square. Earlier in 1710 there was a market here, which was called Menshikov, as it was located next to the Palace of the first Governor. Then the square was used as a parade ground for the Cadet corps. 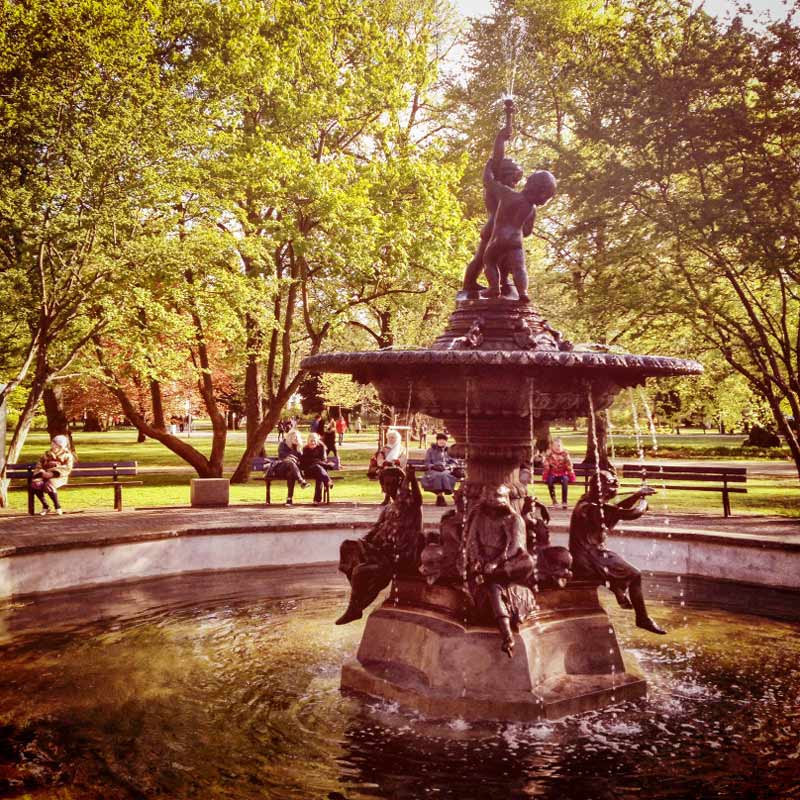 In 1866, the gold miner S. F. Solovyov, who owned houses facing the square, allocated money for the breakdown of the square. And originally the square was called Solovyevsky. The creation of the garden took a lot of money and there was something to admire-smooth alleys, beautiful fountains, marble vases. A music pavilion was opened. Special attention should be paid to the beautiful cast iron fence, specially cast at the factory of San Galli. Busts of I. Repin and V. Surikov were installed in the Park, as well as a monument to field Marshal P. A. Rumyantsev, whose army won a brilliant victory over the Turks in 1770. St. Petersburg intellectuals, creative youth, Academy students, cadets gathered in the Park. Musical evenings, poetry readings were held here, A. Blok often performed. In Soviet times, in 1939, the square was renamed the square. T. G. Shevchenko. Gradually, the fountains stopped working, the music pavilion was closed. In 2001, the garden returned to its former name and very quickly carried out its restoration. Now the garden is ready to receive guests - you can walk along the cozy alleys, admire the fountains, and in the summer concert hall concerts are resumed-classical music, old romances, songs, poetry of the silver age sound here.

Visiting St. Petersburg, look into the cozy Rumyantsev garden on the banks of the Neva! Feel the romance of the place, touch its history!

Also at Your service - apartments for rent in St. Petersburg!