If you rent an apartment or live with friends in Petrograd, Primorsky, Vasileostrovsky districts-we highly recommend you to visit a very interesting place-Kamenny island and Kamennoostrovsky Palace and Park ensemble located on it.

Kamenny island is one of the 7 Islands of Petrogradsky district. Kamennoostrovsky Palace is located in a beautiful place on the arrow of the Stone island, in the place of separation of Bolshaya and Malaya Nevka. In 1765, Catherine II gave the Stone island to her son Paul I. and immediately on the site of the old wooden Palace, which belonged to the former owner of the island A. p. Bestuzhev-Ryumin, construction of the Palace began according to the project of an unknown author. At first, the construction was supervised by the arch.J. M. Felten, and later J.Quarenghi Palace was the first building of the architect in Russia. The building was completed in 1780. and at the same time a magnificent reception was arranged for Catherine II; interior decoration continued until 1782. also, a kitchen building, a utility and wood yards, an arena, a stone stable, a house of a garden master, a guardhouse were built. But Paul quickly cooled to the Palace, donated by his mother, and preferred to live in Pavlovsk, and then in Gatchina.

In 1801, Alexander I came to the throne And Kamennoostrovsky Palace became one of his favorite residences. Here the "Secret Committee" gathered, here Alexander I in 1812 entrusted the command of the army to M. Kutuzov and it was in this building that the Emperor learned about the Decembrist conspiracy.

After Alexander I, the owners of the Palace were Grand Duke Mikhail Pavlovich and his wife Elena Pavlovna, then their daughter Catherine Mikhailovna with her husband-the German Duke, General George of Mecklenburg-Strelitz. Later their daughter Elena Georgievna of Saxe-Altenburg, who was very musically gifted and was the last Chairman of the Imperial musical society, took possession. The Palace hosted musical evenings at a very high level. In the 20s of the NINETEENTH century, part of the Park around the Palace was redeveloped into a regular Park, and more remote areas remained landscape. 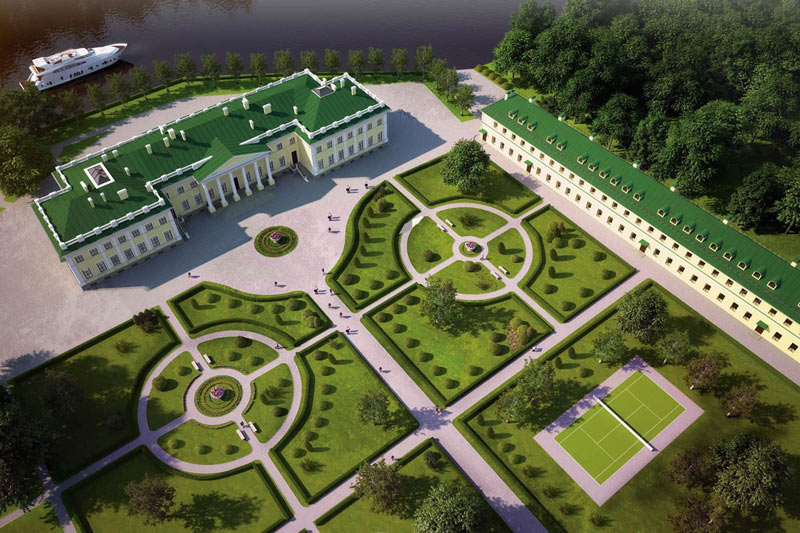 Kamennoostrovsky Palace is an example of classical architectural style. It consists of a Central building and wings located perpendicular to the main building. It has two facades-one facing the Neva river, the second-to the front yard and garden.

In Soviet times, the Palace building housed a military sanatorium. From 2008 to 2015, the restoration of the Palace was carried out and in 2015 it housed a budget institution for schoolchildren of St. Petersburg "Academy of talents".

Come and see for yourself! And we will provide you with comfortable accommodation- dayily rent an apartment in St. Petersburg easy.