Sphinxes on the University embankment 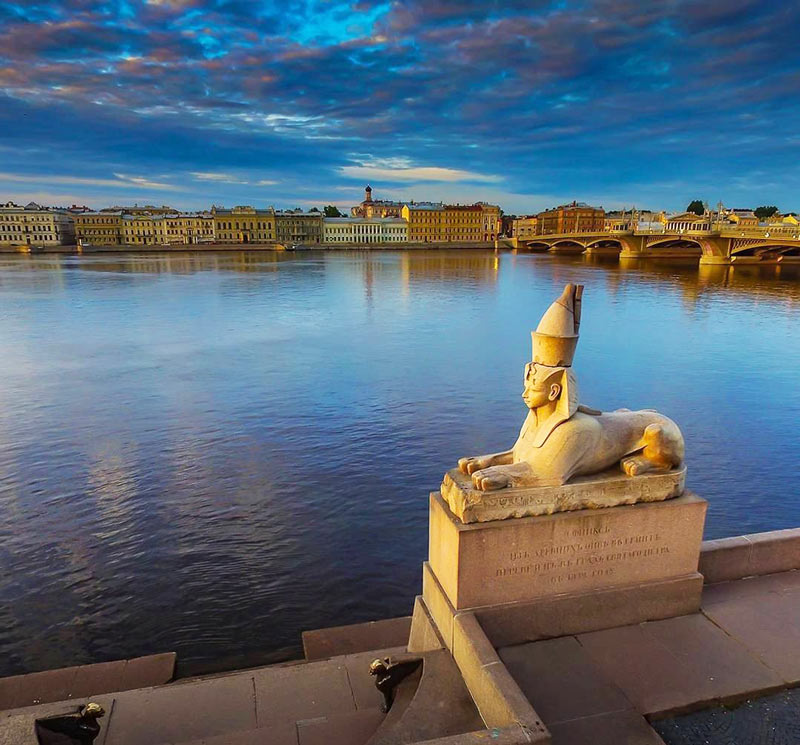 These figures of Sphinxes were found during excavations in Thebes, the ancient capital of Egypt.

Sphinxes-statues with the body of a lion and the face of a man. The length of these statues is 5 meters, weight 23 tons., the age is believed to be more than 3,000 years old. The face of the Sphinxes is the face of Pharaoh Amenhotep III, ruler of Egypt. Each of the Sphinxes has a large number of inscriptions. All of them were able to translate the famous Russian orientalist V. V. Struve. All the inscriptions are praises to king Amenhotep.

Also the composition with Sphinxes includes granite benches with 4 bronze griffins and bronze antique lamps. The Wharf was badly damaged during the war, the griffins were lost and restored only in 1959 during the restoration of the Wharf. The pier with Sphinxes is one of the most beautiful and romantic places in St. Petersburg.

Come to see everything with your own eyes! And we will help you to rent an apartment in St. Petersburg.