At the origins of St. Petersburg. Admiralty

When visiting the Northern capital, the most comfortable accommodation in apartments for rent in St. Petersburg is in the heart of the city, the center of all the main attractions. You will be able to see all the most important places, walking on foot near the place of Your residence. We recommend that you start your journey with the Admiralty. 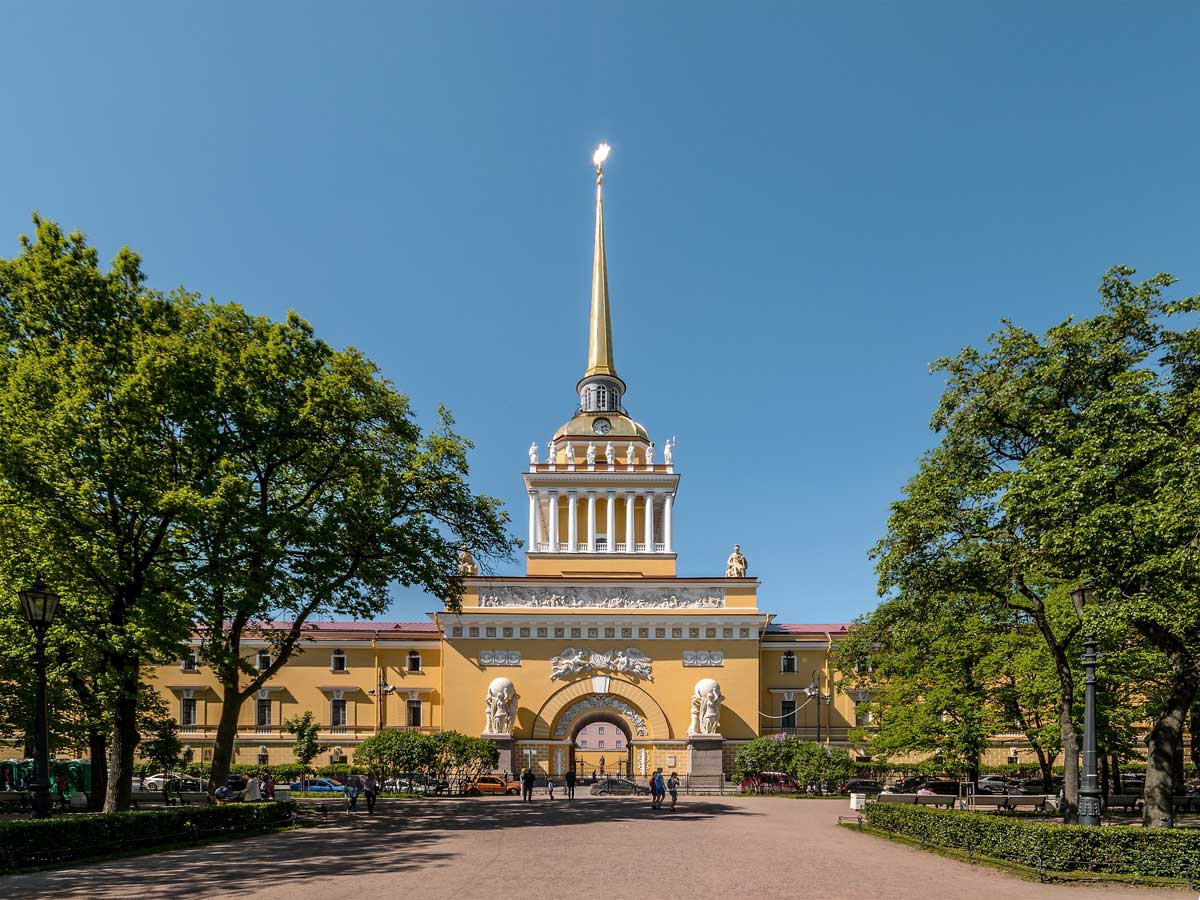 One of the main symbols of St. Petersburg is undoubtedly the Admiralty. This is the second building in St. Petersburg after the Peter and Paul fortress. For the development of the Baltic fleet, the previously existing Olonezh and Syas shipyards were not enough, and it was decided to build a new large-scale shipyard or Admiralty in the future sea capital. The Admiralty also had a strategic function of protecting the Neva coast from the Swedes, so it was laid on the opposite Bank from the Peter and Paul fortress and at a distance of a cannon shot - so that it was possible to protect the structure under construction in time. A fortress wall was built around the Admiralty, a ditch was dug, and guns were displayed.

The Admiralty was laid down on 5 November 1704. The first drawing for construction was created by Peter I. the Building was planned in the form of a wide letter P, open towards the Neva river. The width of the rectangle is 200 fathoms by 100 fathoms in the old way ( the new one is 425 by 213 meters) - these dimensions have been preserved even now. At first it was a one-story mazank building, in the courtyard of which there were slipways, chambers for architects and an administrative office for Peter I and his assistants. The first ship left the stocks on April 29, 1706. In total, about 40 ships were built under Peter I. In 1711, a stone building with a tower was built into the Central part of the building, which 7 years later housed the Admiralty Board - the highest body of fleet management. In 1719, by order of Peter, a "Spitz" ( or "spire" now) with a crown and a weather vane was built on the tower. It embodied the image of the first Russian warship "Orel", built under the father of Peter I, Alexey Mikhailovich.

By 1727, the building was noticeably dilapidated and it was decided to rebuild it in stone. Perestroika was entrusted to the architect I. K. Korobov. The layout was preserved, the spire with the ship became gilded and rose to a height of 72 meters. Previously, the city center was planned on Vasilievsky island, now it gradually began to move to the Admiralty. Three first and main city highways - Bolshaya Nevskaya Perspektiva ( now Nevsky Prospekt), Gorokhovaya street and Voznesensky Prospekt-ran from it with three rays. On these highways, timber was brought to the Admiralty from different parts of Russia.

The Admiralty building is inextricably linked to the fleet. At various times, it housed various Maritime and educational institutions - the Admiralty Board, the Maritime Ministry, the school of ship architecture and the Higher naval engineering school.Dzerzhinskoe's.

Come and see everything for yourself, the sights of the Central part of the city will not leave you indifferent, and the memories of excursions around the beautiful city will remain for a long time! We will help you to make your trip more comfortable by placing you in cozy St. Petersburg apartments for daily rent in the heart of the city