Pavlovsk is a wonderful suburb of St. Petersburg 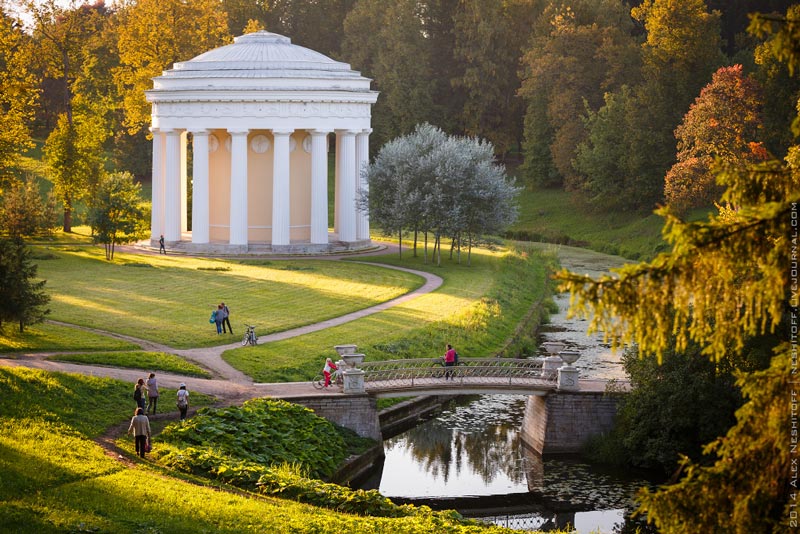 Sophia-Dorothea, Princess of Wurtenberg. This is before marriage, name of Maria Feodorovna, wife of Emperor Paul I. This woman was admired by many of her contemporaries. The good deeds of Maria Feodorovna were sung in her time by the best minds of Russia: N. Mmm.Karamzin, V. A. Zhukovsky, A. S. Shishkov, A. S. Pushkin. As a person, Maria Fyodorovna was formed in Russia, steadily and steadily overcoming all obstacles. If at the end of the 1770s, assessing the nature of his daughter-in-law,Catherine II compared it with wax, then 50 years later the son of Maria Feodorovna Nicholas I defined it as "cast iron".

For more than twenty years, Maria Feodorovna was a faithful and wise wife of Paul I, exerting a strong beneficial effect on him. Emperor Alexander I, as noted by contemporaries, and" did not step " without consulting his mother. Her influence in solving various state issues was so important that at the reception of the Dowager Empress is honored to be all the court officials, Ministers, members of the state Council. She participated in the establishment of hospitals, nursing homes, schools and women's institutes.

But the most favorite brainchild of Maria Feodorovna always remained Pavlovsk. In her country estate Pavlovsk, a real work of art, the idea and embodiment of which belonged entirely to her, Maria Fyodorovna United around herself the whole color of Russian culture of that time. Leading architects worked here: C. Cameron, T. de Thomon, V. Brenna, A. N. Voronikhin, K. Rossi and others were the best Russian writers And artists: V. A. Zhukovsky, I. A. Krylov, N. So.Gnedich, S. F. Shchedrin, O. A. Kiprensky and many others.

A well-known critic and art historian A. M. Efros wrote already in the twentieth century: "Pavlovsk was generally a special place among prepararsi Palace estates, with their way of life, with their own style, with his men. He was so all three of the reign, - when Catherine, under Paul and Alexander. On it lay the seal of Maria Feodorovna's personal estate. She created it according to her inclinations, and they were stable. They have not changed all five decades, linking it with Pavlovsk. She loved variations, but didn't love break-up; Pavlovsk was supplemented, but not rebuilt anew, he remained in one piece".

Until 1777, Maria Fedorovna did not even imagine that she would once have her own house in Russia, her and only her, where she would breathe freely. However, it was in the summer of 1977, Catherine II gave his daughter-in-law in connection with the expected in December of this year, the birth of the first child of the earth near the Tsar's Village, which immediately began to erect Pavlovsk, which became the promised land for Maria Feodorovna.

Already in 1784 Paul I switched all his attention and activity to the management and creation of his small army in the newly donated Catherine II Gatchina. Thanks to this Maria Feodorovna gets more and more opportunities to dispose of Pavlovsk at its discretion. In 1796, Pavlovsk finally passed into the possession of Maria Feodorovna.

After the tragic death of Paul I on the night of 11-12 March 1801, the Empress, having taken the most important things of Paul from the Mikhailovsky castle, moved from St. Petersburg to Pavlovsk in the early spring of the same year, which became the "small court" of the Empress-mother for the St. Petersburg society.