The history of the Neva lands and the creation of St. Petersburg 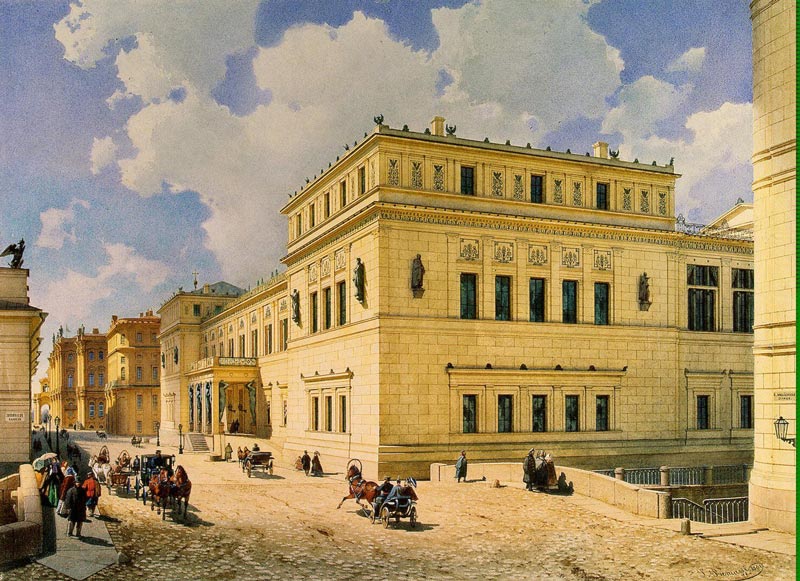 The Neva lands on which the city of St. Petersburg is located are native Russian lands that belonged in the VIII century of Novgorod Russia and were part of one of its five administrative regions-the water spot, which went from lake Ladoga to the Gulf of Finland. And lived here numerous small tribes-VOD, Chud, Izhora and other Ugro-Finnish peoples, among settlements which were and villages with Slavic (Russian) population. In vodskaya Pyatina was located a large shopping center of Novgorod Russia-the city of Ladoga (now Old Ladoga).

Through the land of the Neva were important trade routes that connected Europe with the East.The "great way from the Varangians to the Greeks" led from the Gulf of Finland to the Neva and lake Ladoga, to the river Volkhov and lake Ilmen and further along the river Lovat, small rivers and portages in the Western Dvina river and the Dnieper in the Black sea.

Another very important trade route went from the Caspian sea via the Volga, its tributaries - the rivers Sheksna and Mologa, small rivers and portages to the river Msta, which flows into lake Ilmen and further along the Volkhov river, lake Ladoga and the Neva river to the Gulf of Finland. On these waterways Russians merchants were trade with Greeks, Bulgarians, Khazars, Persians, and foreign merchants came in Kyiv, Novgorod, Moscow.

Due to the important geographical position on the trade routes, the Neva banks were the subject of many years of struggle with trying to capture them by the Swedes. Attacks of Swedish troops on the land of the Neva had many times to reflect during the XIV-XVI centuries.

In the late XVI-early XVII centuries.as a result of the Livonian war, which ended unsuccessfully for Russia, the Swedes captured Yam, Koporye, Ivangorod, Korela, nut, and in 1611 and Novgorod. In 1617, peace was made with the Swedes. Novgorod was returned to Russia, but the Neva lands from the Gulf of Finland to Korela went to the Swedes and were called Ingermanland.

For nearly XVI-XVII century the Neva lands were under the rule of the Swedes.

According to the Russian-Swedish Treaty of 1661 the Russian was allowed the right of navigation on the Neva.

Mainly on the territory, which now stretches the city of St. Petersburg, in the XVI century were forests and swamps. This can be seen by the names of the time: Birch island (now Petrogradskaya district), Spruce island (now Aptekarsky island) Rabbit island (there is now located the Peter and Paul fortress), Lasi island (now Vasilievsky island), island cottage (now gutuevskiy island).

There were a dozen Finnish and Russian villages, the inhabitants of which (more than 5 thousand) were engaged in hunting, farming and fishing.

The Northern war, which began in 1700, was caused by the need to return the land seized by the Swedes. In 1701 in Lodeynoye pole on the river Svir and the river Syas they began to build ships for the campaign. In the autumn of 1702, the Russians captured the fortress of Noteburg in the sources of the Neva and received a new name given to it by Peter-Shlisselburg that means "key-city" (access to the sea). In the spring of 1703, began the offensive on the Nienschanz. Peter came to the mouth of the Neva river, landed on the island Vitacare (Kutueva) and left there with three companies, locking the entrance to the Swedes from the Gulf of Finland. Infantry, headed by B. P. Sheremetiev at this time came to a fortress Nienschanz and forced Swedish the garrison to surrender. On may 1, 1703 the fortress was captured by Russian troops.

To consolidate the position of Russian troops in the liberated territories, it was decided to build a new fortress on the island of Yenisari (hare), which was closer to the mouth of the Neva. This small island (600 meters long and 360 meters wide) is protected on all sides by the Neva river, which diverges here into two branches (big and Small Neva) and bends around the island from the North by a channel. It was very important in terms of military action, since it allows to artillery fire in all directions.

The fortress on the Hare island was founded on may 16 (new style may 27), 1703, on the great feast of the Holy Trinity, this is the day of Foundation of the city of St. Petersburg.

But the name he received only on June 29, 1703, the day of the laying of the fortress Church of St. Peter and Paul.