On the eve of the upcoming new Year's holiday, St. Petersburg has turned into a city of festive lights. Every New year, the city on the Neva river changes its outfit and never ceases to delight and delight us! Not only the Central and adjacent streets are elegantly decorated, but also squares, bridges and buildings throughout the city. The government allocated 242 million rubles for the holiday - 50 million rubles more than last year. Large funds are allocated for the celebration - and this is not accidental. After all, for many years, St. Petersburg has been positioned around the world as the most attractive object for international tourism. In 2016, the Northern capital was duly recognized by the entire world community as the best European destination for recreation ("World's Leading Cultural City Destination 2016") according to the World Travel Awards. This is the second year in a row that St. Petersburg has been awarded in this category.

What kind of festive program awaits St. Petersburg residents and guests? This year's new year will be celebrated with a wide and generous scale! On December 24, a real Santa Claus will arrive in the city on the Neva river from Veliky Ustyug! Already on December 30, an exciting show with a Grand fireworks display will take place! At the very climax of the new year's light show, more than 10,000 pyrotechnic volleys will burst out on Palace square! (Performances on Dvortsovaya street will take place every 40 minutes every day from December 26 to 30, from 19: 00 to 23: 00. the Final show will start at 22: 30.)

Festive fairs will open in the city: on Pionerskaya square, on Moskovskaya square, and a fair in the Central Park.

A number of interesting events are expected , such as the new year's show on the water "Land of dreams", the exhibition of ice sculptures "Ice fairy tale". In the Park of the 300th anniversary of St. Petersburg, the "Big snow battle" will be held with excitement (January 3, 16: 00).

How will the city be decorated? On Nevsky Prospekt and Palace square, the design will retain the "Winter garden" style ( as in the previous year); Saltykovsky square will be decorated with a gallery of arches; a light web of garlands will entangle the lanterns on Palace square and the bridge on the Griboyedov Canal; a large Holy ship will appear in the design of the spit of Vasilievsky island ensemble; 30-meter torches will illuminate the Peter and Paul fortress.

We invite You to spend these new year holidays in St. Petersburg. We are always happy to help you organize your stay in the Northern Capital.

We wish you happiness and success in the New year 2017! 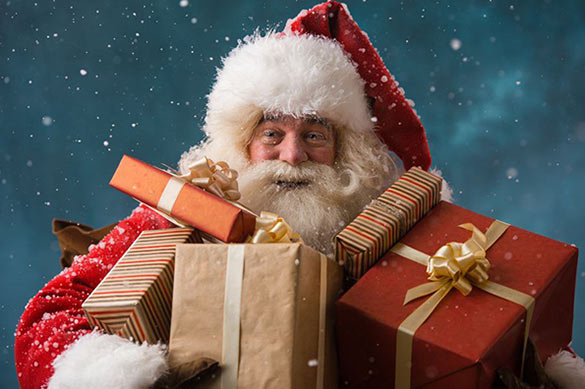